The Habit of Hydration – Making Hydration a Habit

If you want to learn the secret to making the behaviours health experts recommend into habits you will actualy do, sign up to the mailing list.  You'll get a daily email for the next few days with specific CoronaVirus Habit Advice. Then you'll get a weekly newsletter with all the latest Habit Hacks. That's it. No Spam.

We are what we repeatedly do. Excellence, then, is not an act, but a habit

Coronavirus – Your Habits Will Determine Your Health

Make Handwashing a Habit – Top Tips, Tricks and Advice in the Battle Against Coronavirus

I wrote last week about the importance of starting somewhere or starting anywhere.

In his book Atomic Habits, author James Clear talks about the difference between “Action” and being “In Motion”. Having spent some 39 years trying to develop new “good” habits with mixed results, I decided to go back to basics. I decided to pick a habit that I was 100% confident I could deliver on. This is a well recognised theory in how to approach many things, particularly developing a new skill or habit. It’s often called “Lowering the Bar”. The story goes that when NLP guru Richard Bandler was hired by the US Army to improve their marksmanship, the first thing he did was bring the targets closer. The soldiers hit the target, and grew in confidence, and he was then able to move the targets gradually back and vastly improve their aim in a far shorter space of time than would usually be the case.

It doesn’t really matter if that story is true or not. It makes logical sense and fits in with most common sense motivational theory. There is a great quote I have always loved from a guy called Michael Neill, who says:

“One of the simplest keys to staying motivated over time is to give yourself every opportunity to experience an ongoing sense of progress in the pursuit of your goals. Instead of waiting until you have either achieved your goal or failed, continually look and listen for any sign of progress toward your goal; when you find one, grab onto it with all your heart. Seize on any evidence you can find that you are moving in the right direction and delight in it. Hold it large in your mind. Bask in its glow. Throw it onto your bed and roll around naked in it. More than anything else, it is this ongoing sense of progress that will keep you moving in the right direction of your dreams, week by week and moment by moment”

So, I wanted to start a habit that I was sure I could do and that would lay some sort of foundation on which to build other habits. And the place I decided to start was H2O. Water. I decided to stay hydrated every day. There was a number of reasons for my decision

There’s lots of random facts out there about dehydration. Here’s one I nabbed from a site called Drip Drop:

1. 75 Percent of Americans Are Chronically Dehydrated. A survey of 3,003 Americans [i] found that 75 percent likely had a net fluid loss, resulting in chronic dehydration. Although the survey found that Americans drank about eight servings of hydrating beverages per day, this is offset by drinking caffeinated beverages and alcohol and eating a diet high in sodium.

2. Dehydration Causes Fatigue. A pair of recent studies [ii] found that young people who were mildly dehydrated were much more likely to feel fatigued [iii] during moderate exercise and even when sedentary. Unsurprisingly, fatigue is a common dehydration symptom, and it’s said to be the No. 1 cause of midday fatigue.

3. Thirst Means You’re Dehydrated. Dehydration triggers the body’s thirst response. So when you feel thirsty, dehydration is already setting in. In many experiments, just 1 to 2 percent dehydration has been shown to trigger thirst [iv]. This level of dehydration can happen quickly, especially following intense exercise or when battling viruses.

4. Dehydration Causes Foggy Memory, Irritability, and More. Dehydration, even mild dehydration, has been shown to put stress on our cognitive functioning. In younger adults, for instance, dehydration was linked to a dip in concentration and short-term memory, as well as an increase in feelings of anxiety and irritability. With children, studies are more conclusive that hydration can improve attention and memory. [v]

5. Hydration Can Boost Your Metabolism. Although the evidence is limited, your metabolism could benefit from drinking cold water. In fact, one study found that drinking cold water helped boost healthy men and women’s metabolic rate by 30 percent. [vi] The researchers concluded that the body expended more energy heating the cold water, which resulted in the boost in metabolism.

6. Dehydration Is One of the Most Common Risk Factors for Kidney Stones. A landmark 1990 study [vii] examined the causes of kidney stones in more than 700 patients. Chronic dehydration, caused by a variety of factors, was believed to be a factor in about 20 percent of cases. More recently, researchers have examined the link more in-depth. In one five-year randomized trial [viii], patients with kidney stones were told to drink more water, which resulted in a drop in kidney stone recurrence.

So, where did I start?

I am being slightly facetious, but I’m also slightly proving a point. This simple habit that can make you more alert, give you more energy and boost your mental and physical well being is, if you have access to the water, really easy.

Yet still, after a lifetime of not really drinking water, I found that I was forgetting.

So I started setting a countdown timer on my watch. I would drink one of my bottles of water (which is around 650ml, or a bit over a pint) then immediately set my countdown timer on my fitbit. When the fitbit started vibrating on my wrist, I would get up from my desk, fill my bottle, drink it and repeat the process. At the start, I would sometimes go somewhere without a bottle or hit snooze on the alarm on my phone, but pretty soon, having a bottle of water with me before I left the house became as ordinary as checking to make sure I had my wallet, phone and keys. On average I know drink 4 to 5 litres of water a day (Yes, I am aware of the science and that you can drink too much water!).

As at the date of writing I have been drinking around that much water every day for 63 days. I now rarely set the time on my watch. I can just sort of sense when it’s time to drink some water.

And drinking water had proved to be a very good first habit for a number of reasons;

Drinking water its just a great foundational or keystone habit. It’s also one that you can easily pair with other habits in what James Clear calls a ‘Habit Stack’. So, for example, I now use each water break as a time and opportunity to do something else that’s good for my mental and physical well being. Like, for example, some breathing exercises, stretching, mindfulness or just looking out the window and day dreaming. 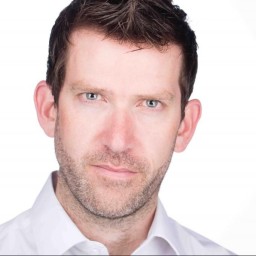 Get CoronaVirus Habit Hacks Straight To Your Email

Please log in again. The login page will open in a new tab. After logging in you can close it and return to this page.